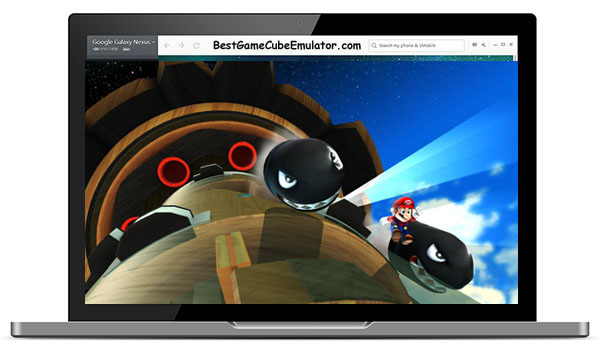 Dolphin is presently the best GameCube emulator for all Mac OS X version include the latest v10.10 (Yosemite) and v10.9 (Mavericks). It also works on earlier Mac version such as the Mac OS X 10.5.8 and 10.6.8. Dolphin is often recognized as the best emulator for Mac users to play GameCube and Wii games because it enhances the original games and allow gamers to play it in 1080p HD mode. This feature is even not available on the original Nintendo GameCube gaming console.

This open-source software are developed and contributed by all the programmers around the world. Bugs are fixed almost everyday and new features are added from time to time. One of Dolphin special features include saving a running games while you want to reload state. In addition, Dolphin also allows you to connect a PS 3 Controller, Wiimote, or Nunchuck to your Mac for a better gaming experience.

Currently, the latest Dolphin version is 4.0.2 and you can download it for your Mac from its official website at dolphin-emu.org. We do not host the software because it is updated from time to time and the latest version always available for free at its official website. You can try to play Super Mario Galaxy 2 on your Mac right away after you download and install it. If you preference is not Dolphin emulator, you might want to try some of these alternatives to play GameCube games on Mac: Dolwin, WhineCube, SuperGCube, or Ninphin.

All the above GameCube emulators have been tested on the following Mac version:

Please leave a comment or share your experience after you download Dolphin and play Gamecube games on your Mac. Tell everyone if it is fun to play Super Smash Bros Brawl with PS 3 controller. Instead, you may also leave a question here if you face any problem during the installation of GameCube emulator on your Mac. For Mac users who have just bought the latest iPhone 6 Plus or iPhone 6, you might want to try the best emulator for iPhone to play games on it. You can download all the emulators without jailbreak.

This is the right place to download Gamecube emulator for PC. With the list of software available here, you can download any one of them and play Gamecube games on your Windows PC. Most of the software listed here are compatible with Windows 8, Windows 7, Windows XP, and Windows Vista. Although the requirements to play run Gamecube emulator on a PC is not high, it is greatly recommended to upgrade your PC to Windows 8 or 7 because Microsoft no longer supports old Windows such as the ME or XP.

Dolphin is currently the best Gamecube emulator for PC, Android, Mac, and Linux. 99% of Nintendo GameCube games work with Dolphin on Windows 8, Windows 7, and Windows XP. For Windows 7, it only works on x86 and x64, thus, you might need to upgrade your Windows if you are running on 32-bit. Dolphin is rated the best GamCube emulator because it allows you to play not just GameCube games but also Wii games in full HD mode. The quality is unquestionably the best with 1080p and it is compatible with all kinds of PC controller. Unlike the traditional console, it allows multiplayer to play the same game together as long as your PC is connected to the internet. 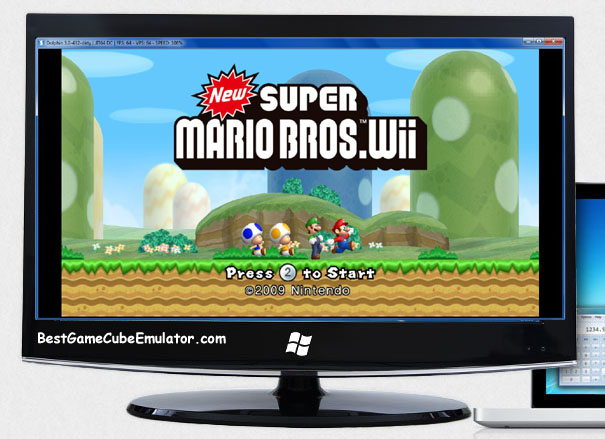 Dolwin is often the second choice for those who don’t like Dolphin. It is yet another great GameCube emulator for PC users who want to play games like Megaman on their Windows 8 PC. This open-source software is written in C Programming and new features are added to it once a while.

GCEmu was first released in 2005 and the development is discontinued. It is one alternative to Dolwin and you can give it a try. However, there are many people complaining that GCEmu is not working on Windows 8. For Android users who love GameCube games, you might want to see Gamecube emulator for Android.

WhineCube is not a popular Gamecube emulator for PC users because it is only able to execute some GameCube games. WhineCube is unable to play many games on PC therefore it did not receive a good rating from PC gamers. In order to install WhineCube on a PC, you will need to download and install DirectX on your computer. DirectX is the only requirement to play GameCube game with WhineCube emulator.

When a software name is added “Super”, it means it is faster than others. SuperGCube emulator received a lot of good feedback from its user due to the speed and high quality graphics. This emulator allows a PC user to play a few commercial games and the developer is still working on it to fix bugs and add new features. It supports many operating systems including Windows 8 and Windows 7. Download it for free from its official website and you will not regret it.

Last but not least, try the best emulator for iPhone if you have just bought the latest iPhone 6 Plus or iPhone 6 and want to play Nintendo GameCube games on it. No jailbreak is needed!